A message from our CEO about the future of Stack Overflow and Stack Exchange. Read now.

I'm using Calibre the ebook viewer to view PDFs, DjVu, and ePub books. I don't know what version the program is, since I couldn't find any about dialog to confirm it. But I downloaded a couple of weeks ago. There was a update very recently which I installed, so this could be due to bad installation or something like that.

My problem is when viewing ebooks with Calibre viewer, two things happen:

Calibre with a DjVu, all the pages looks like this: 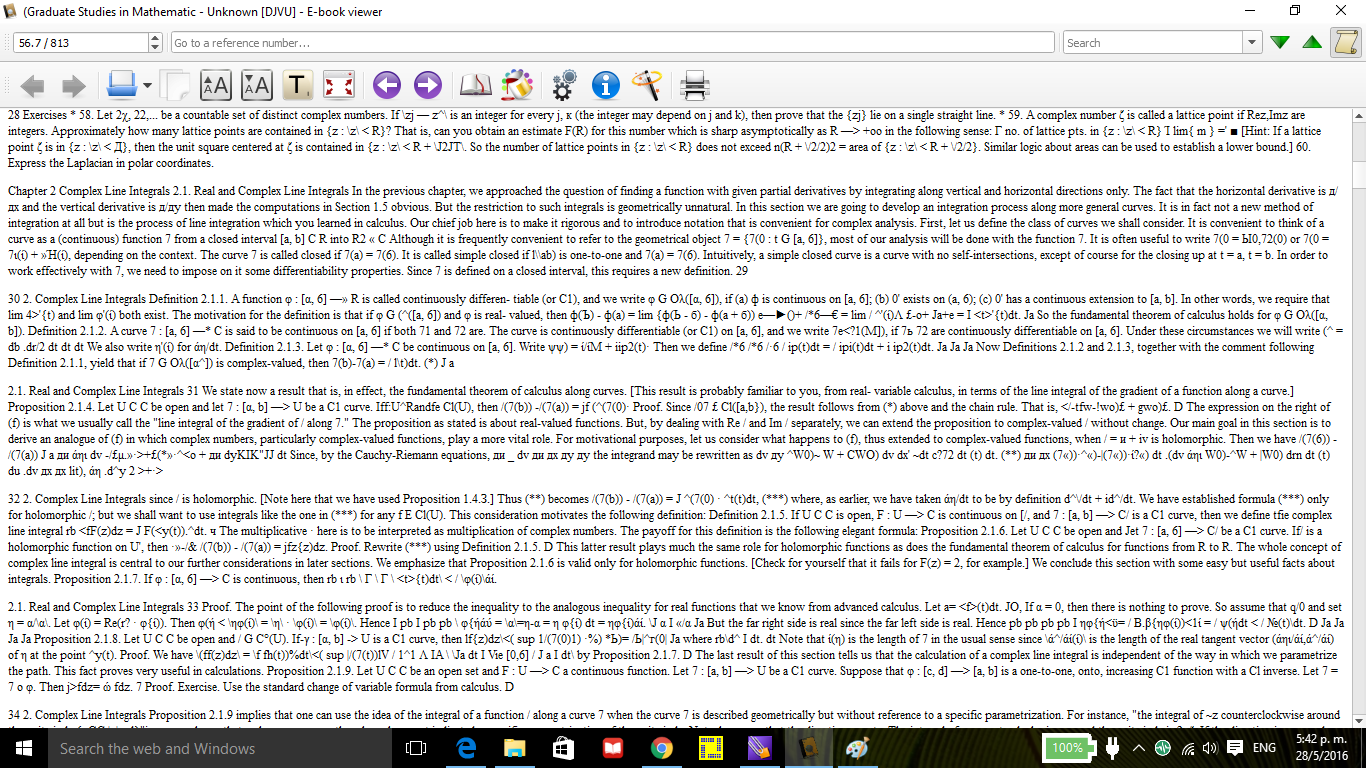 Other viewer (not calibre) can format equations, of the same ebook, and displays the whole book correctly, this is how it should look: 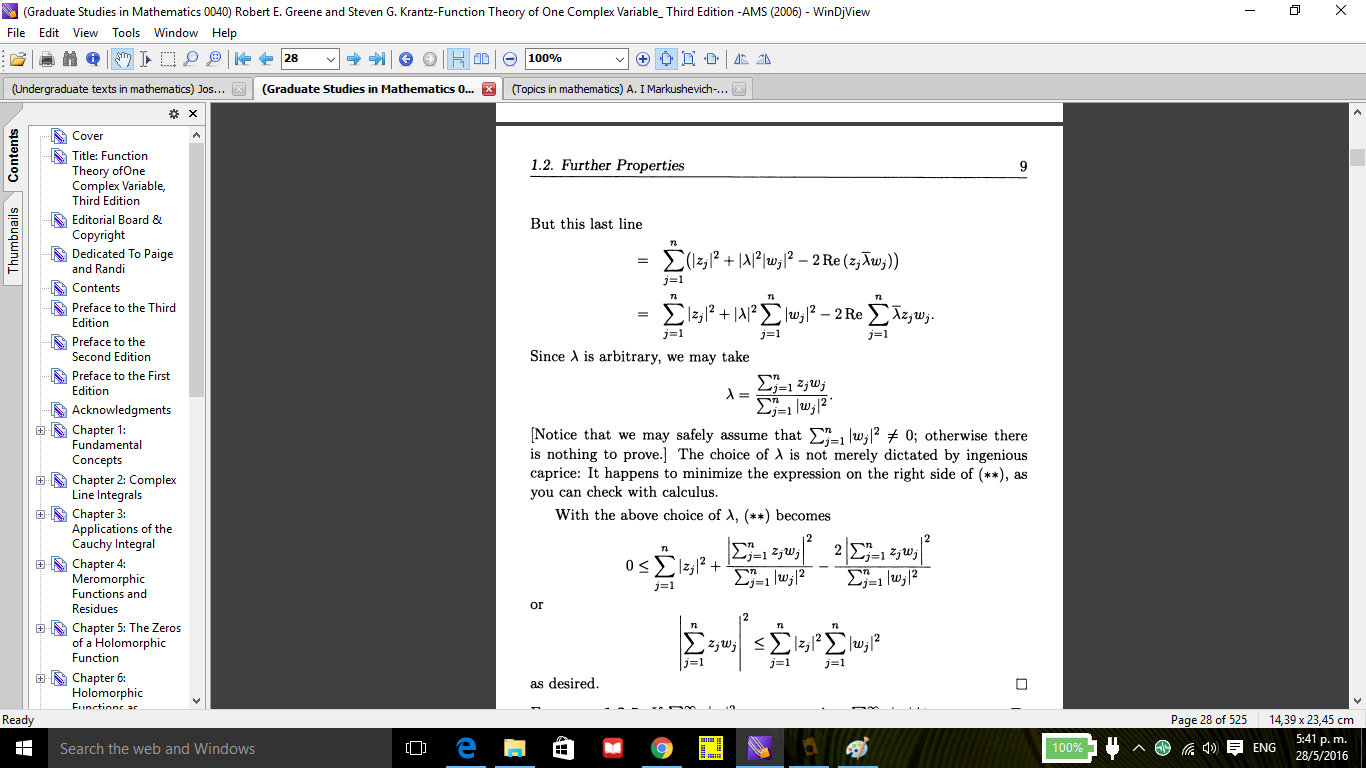 When the DjVu support for Calibre was added a few years ago, it was implemented by taking the text layer, when available, and extract and convert that to textual material usable for conversion, by Calibre, to other formats. When available it uses the C++ based djvu2txt from the djvu-libre toolset, otherwise it uses a, much slower, decoding done in Python.

That text layer can be generated when "printing" to DjVu, but it normally is built from the image material that you get when you scan files to the DjVu format. And the layer allows you, in most DjVu viewers, to select something on the image and then either copy the image rectangle or the associated text in the text layer.

What you see in WinDjView is the image layer in your DjVu file, what you see in the EbookViewer is the text layer. The text layer has some positioning information (otherwise a viewer would not be able to associate text with a picked area of the image data), but most of that is discarded and only used to make paragraphs.

When I wrote the original DjVu support for Calibre (several years ago), I did so, to make it possible for conversion as indicated above. I had no idea that this made it into the Calibre ebook-viewer. The ebook viewer should directly use the image data, but it obviously doesn't (and that is even less trivial than writing a Python based extractor of the text layer).

I tested viewing a DjVu file without text layer on a recent version of the Calibre ebook viewer. It shows nothing, which confirms my expectation. It could be that the ebook-viewer just picked up the DjVu plugin by using the same interface as the convertor, that would make sense, but in the case of DjVu files that is not the right approach. IIRC there was no way to provide such a plugin and tell Calibre it should only be used for conversion (and not for display).

You're not doing anything wrong. I would rather say this works as can be expected knowing the implementation, but that doesn't make it very useful for books that are not paragraph oriented. So in your words: it is converting the books to some basic format. And this is not easily/quickly fixed.

Not the answer you're looking for? Browse other questions tagged calibre or ask your own question.