How do I make the images larger for Paperwhite?

I use pictures in my books. I try to keep it as simple as possible. No tricky formatting. To give you an idea, here's what it looks like in MS Word: 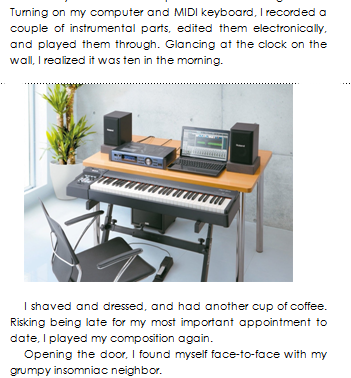 All of them look pretty decent when you look at them on Cloud (in black and white).

On Kindle Paperwhite, however, they look something like this: 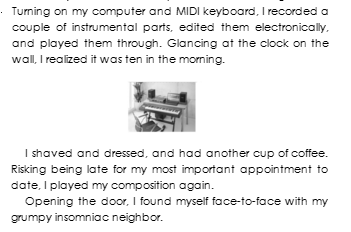 What can I do to fix this?

I can only speak generally about how images are converted in Kindle. I have not used MS Word to do it (I make my ebooks in HTML), but I have lots of insights about images in kindle and have done a lot of testing.

Kindlegen will autoconvert images to the size/resolution appropriate for the device. BUT you need to make sure you start with a source image which is high resolution enough for it to be resized.

I realize that the HTML --> EPUB --> MOBI might be different from MSWORD --> MOBI, but according to the Amazon Kindle Publishing Guidelines PDF they should be 300 dpi, RGB and should be able to display at 2x magnification across devices. Therefore, you really need to have the width be at least 1600 or 3200pixels at 300 dpi.

I suspect that the source image you used was a crappy web image at 72dpi, and then even though you think it's resizing to acceptable quality levels, the low resolution computer monitor is not showing what it really looks like. That's why it looks small. I'm guessing that the cloud previewer sees that it's a low quality image and it keeping it small because that will prevent pixilated rendering of images on some of its devices.

You don't need to have graphics good enough to print, but it needs to be significantly better than a 72 dpi web graphic.

(I Have cheated one time and increased a 300 dpi 600px wide graphic by opening it up in a separate graphics program and scaling it up to 1600, but that was a special case; the image detail was dense enough that it could be expanded without losing quality).

MS WOrd may not let you see properties of images. If so, You may need to remove it from MS Word and then edit it in a graphics editor (which allows you to bump up the dpi and scale the resolution up) I would guess that you need an image width 1600px at 300 dpi.

Part of the problem is that the MS WORD to MOBI method does not give you much freedom to tweak it. Amazon's instructions for these conversions are fairly superficial and lead to such issues as you have.

From the standpoint of production, you might want to consider using Calibre (free software) to do conversions from MS Word to .mobi and then open things up in the Kindle Beta Previewer 3 http://www.amazon.com/gp/feature.html/?docId=1003018611

You're viewing the alleged ebook in the cloud viewer. It's unlikely that what you are seeing in cloud viewer bears any resemblance to what you might see on a Kindle e-ink or Kindle tablet (especially on images).

I do things in HTML/EPUB, and I spend most of my time trying to troubleshoot Kindle's use of images. It's hard -- especially because things might look fine on one device and crappy on another. (Kindle for IOS is its separate kind of hell).

I test ebook images on all my kindle files on Kindle previewer, Kindle app for Android, Kindle e-ink device and Kindle app for ios. (I don't have access to a kindle device -- though I have good reason to believe that Kindle app for android renders things similar to Kindle devices).

The key thing (to summarize) is to make the graphic as high quality as possible.

Not the answer you're looking for? Browse other questions tagged kindle-paperwhite formatting or ask your own question.

8
Kindle paperwhite loses the Wifi connection all the time
10
Paperwhite error on open book, how do I get the error log?
5
Kindle PaperWhite Page turn glitches
6
How do you make paragraphs break in iBooks or Nook?
6
Can you defragment a Kindle Paperwhite?
3
How to avoid “orphaned” paragraph breaks in Scrivener?
3
How to read .DOC with Kindle paperwhite
0
EPUB 3 CSS stylesheet ignored in some cases?